Oh man, loved this man and his movies. Will celebrate his life with a look at Some like it hot tonite.

Oscar-nominated actor Tony Curtis has died at his US home at the age of 85, according to ABC News.

The Hollywood star, who starred in Some Like it Hot opposite Marilyn Monroe, passed away peacefully in bed, a family spokesman said.

The star received an Oscar nod in 1959 for The Defiant Ones, in which he starred with Sidney Poitier.

His great number of film roles often revealed the sunny side of his personality, and Tony Curtis regarded his stardom as a way to “get great tables at restaurants, beautiful cars to drive and the love of lots of people” 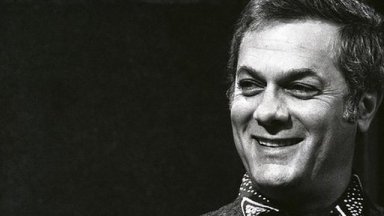 Posted on September 30, 2010, in Movies and tagged Academy Award, Actor, Art, Defiant Ones, Hollywood, marilyn monroe, Some Like It Hot, Tony Curtis. Bookmark the permalink. 3 Comments.