I so love the Vargas pinup sketches and art but had missed this picture of him in his home. An amazing artists.

Vargas’ most famous piece of film work was that for the 1933 film The Sin of Nora Moran (left), which shows a near-naked Zita Johann in a pose of desperation. The poster is frequently named one of the greatest movie posters ever made. He became famous in the 1940s as the creator of iconic World War II era pin-ups for Esquire magazine known as "Vargas Girls." The nose art of many World War II aircraft was adapted from these Esquire pin-ups. 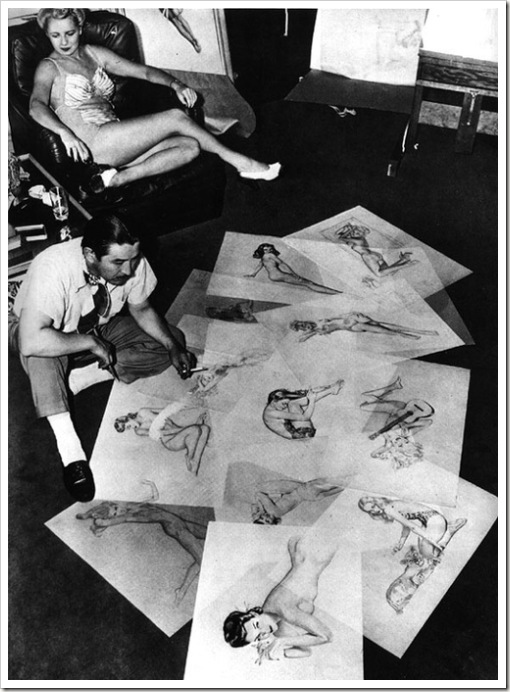 via The Invisible agent

some of his art work on my page with over 50 of his lovely pinup art: 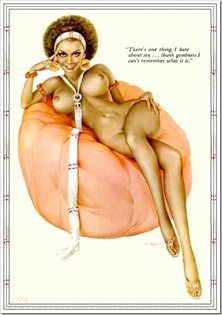 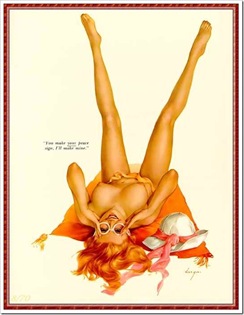 Gotta love the captions, above right: "There’s one thing I hate about sex… thank goodness I can’t remember what it is."

Above left: "You make your peace sign, I’ll make mine"