I was not aware of this blond bombshell but she is truly gorgeous. 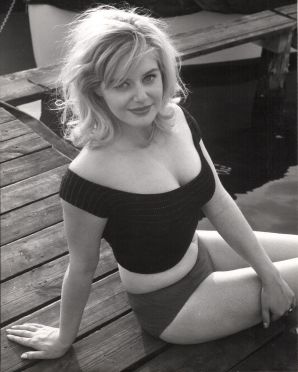 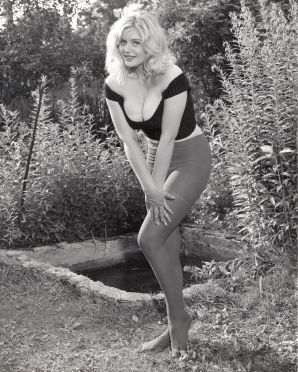 ​CHRISTIANE SCHMIDTMER was born at Heiligabend 1939 – as Christel Schmidtmer – in Mannheim. Her father Jakob Schmidtmer disappeared in the Second World War in Russia. From the war-tormented Mannheim moved her mother Gertrude her renewed marriage the family settled down in Heidelberg. | In 1959 she began a two-year apprentice training in Munich. Amongst others, she starred in Marc Camoletti’s play “Boeing Boeing”. She became internationally known for the first time with the refugee drama “Delays in Marienborn”. The film also appeared in the US in the US and attracted both Hollywood and Max Factor Cosmetics to the young German actress. At the New York World’s Fair in 1964 she was presented as an exclusive cover model of the cosmetics company. | She played in the Oscar-winning film “The Fool’s Ship” on the side of big world stars and returned to the role of the sexy Lufthansa stewardess in the film version of “Boeing Boeing” with Tony Curtis and Jerry Lewis. Hollywood critics described it as the “most exciting German import since Marlene Dietrich” and it advanced to the stereotypical, German “Fräuleinwunder” in the USA. | In 1966 she came to playmate honors in the US edition of the Playboy – the pictures were very erotic, but not as free as those of other models. Her Hollywood career had already passed her zenith, but she remained in the film business until the early 1980s, increasingly in smaller roles of big Hollywood productions, as a guest star in various US series, and also as a cult movie queen in some B-movie productions. | After publishing her autobiography in 1981, Christiane Schmidtmer retired almost completely into private life. She lived alternately in Los Angeles and Heidelberg. She died there on March 13, 2003, at the age of only 63 years.