Made a mistake today and downloaded a game to my phone called Tiny Tower, I just can’t put it down! You are in charge to build a tower with biz and residentials flats.

Its more like an electronic pet, in the form of a tower. Not much here if you’re looking for a “hardcore” game,but a fun thing to have and play with for a few minutes here and there. Aaargh hate myself for downloading this one.. bye bye social life 🙂

The purpose of Nostalgiathon is to relive things from your childhood through the eyes of an adult. Since Andy Watches Movies and Cinema Schminema are both movie-focused blogs, we will be covering movies, but books, TV shows, whatever else are all fair game if you’d like to participate.

So I thought I’ll do an old school nostalgia trip to gaming land for Cinema Schminema and Andy watches movies.

Nostalgia time for me at least, have just re-played one of my first favourite computer game, Police Quest.

Police Quest is a series of video games produced and published by Sierra On-Line between 1987 and 1993. The original series was composed of four adventure games, the first three of which were designed by former policeman Jim Walls, with the fourth title designed by former LAPD Chief Daryl F. Gates.

This was my first game on my dads lovely IBM286. Hot diggity, that thing cost him a fortune back then…

I was a happy 10 year old boy w this picture, oh the innocence. LOL

I was enthralled by this game which is an adventure typing game with graphics. A lot of ‘Look’, ‘open door’ ‘close door’ commands being frantically typed by an 10 year old Rincewind. And for you youngster out there, no internet at hand for any hints so if you got stuck, you were royally screwed. The only thing that helped my sanity was an hotline phone to a gamer I found from an article in Pc World, that poor sod helped me out through some tough times.

Playing it again, I am really 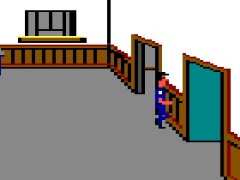 surprised that I finished this game. But back then I was used to the DOS commands which I’m not anymore so trying to find the correct wording takes time to get back in your head. Had lot of error commands ‘you can’t do that with nightstick’. Aaargh, if I had a nightstick nearby my poor computer would be mangled.

The graphic is awesome, I have a love for the 8bit pixels graphics. Considering when this was done, it was a super graphics for the PC. Now, not so much. :).

One thing about this game I had totally forgot was how often you had to save, forgetting to put the gun in the locker. Open locker, put gun in locker, close locker. Forgetting this and trying to leave the police office and it was Game over. And if your last save game was a long time ago, you hit your head against the wall over and over and don’t get me started on the car chases. You see the city from above and are driving around with this blue block and in pursuit of a red block on tiny tiny streets. A lot of frustration with car crashes and back to Load game.

But in all, playing this game again was loads of fun and will now try my hands on the first Leisure Suit Larry game which is more in style with my blog, it’s about an washed out salesman who’s main purpose in life is to get lucky… Awesome game…

Posted from WordPress from my S2 phone.

I just loved this article, I used to work at this company when they just had started up and it was an amazing place with some great artist, map creators and programmers. I was helping out with the Motion Capture of the creatures that were to be implemented into this awesome RPG game and belive me, it would have kicked ass if it would have been released but things went bad with the studio (Infogrames). Even though I left I still have fond memories of working from 9 in the evening to 6 in the morning and testing out new maps they had created or walking around like a goblin for the motion capture and calling it work, what more could I request… But do read the article, it’s a really good inside story on how things can go so wrong…

For the past few months, I’ve been digging into this high wire act via interviews with current and former employees, some speaking anonymously, to put together a picture of how the company has evolved since it made it big with 2004’s The Chronicles of Riddick: Escape from Butcher Bay. From its former CEO’s final interview before his departure, to details on cancelled projects, behind the scenes stories and a look at the company’s future, there’s a lot in here that you probably haven’t heard before.

“Magnus Was the Genius… He Was Their John Carmack, Essentially”

In the mid-’90s, Magnus Högdahl was a programmer who went by the name “Vogue” in Sweden’s PC demoscene. Over the next 10 years, he would found Starbreeze and develop the technology that would run Riddick and The Darkness, but at the time he was part of a group named Triton, making tech demos and picking away at a role-playing game called Into the Shadows.

Look around online, and you’ll find high praise for Into the Shadows’ technology; in 1995, Quake hadn’t been released and 3D game engines were rare, so hardcore fans were excited to see properly textured 3D characters moving around smoothly. But before it got far into development, the game ran into publishing troubles, putting the project in limbo — which would soon become a recurring theme for Högdahl.

Everyone is doing it

Bloody brilliant commercial, thanks Randshit for blogging this…

Such amazing one-liners, you gotta love number #40, that one takes the cake. 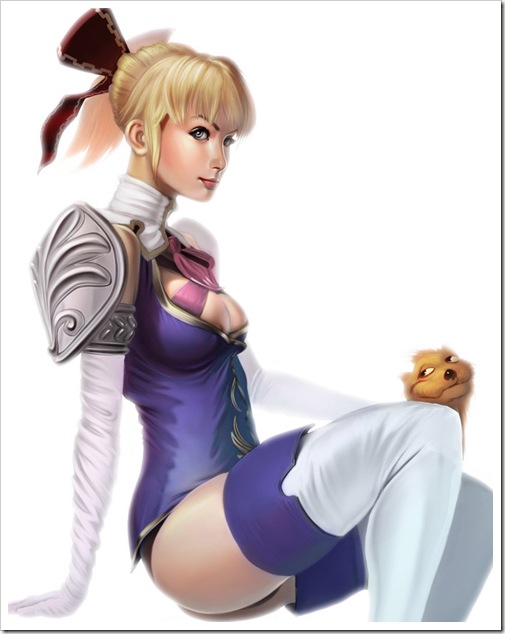 Great one of Peach, Mario game has never been this sexy before.

Check out his site: Achibner

This is such a great site for your chance to manage a football team, and no, you can’t manage your real-life team. Here you start in the bottom and go upwards. What’s gonna happen to your team depends on your training, purchases and strategies. I love this game due to the fact that you don’t have to be online all the time, it takes time to get a good team together, have played for 5 years now and still haven’t got a really great team but every season I hope for the chance to qualify upwards (am on lvl 4 out of 7 now…)

The forum is fun as your series has one each so you can have banter and tips from all 8 playing in your series and upon qualifying for next series, new friends arrive…

The game is played as real-life as possible, every sunday is a league game and during the week you can travel and challenge other players to increase your players training.

It’s easy to get started but takes time to master.

Check it out on this link: Hattrick