And now the end is nigh for the 10 days of the 70s.  Hope you enjoyed reminiscing, it was a good decade for those being there. At least I enjoyed it.

And now for some last mix of stuff that I didnt know if to delete or not but here it is. Some good awful commercials and mixed with some dubious superheroines.

“Another Brick in the Wall” is the title of three songs set to variations of the same basic theme, on Pink Floyd’s 1979 rock opera, The Wall, subtitled Part 1 (working title “Reminiscing”), Part 2 (working title “Education”), and Part 3 (working title “Drugs”).

All parts were written by Pink Floyd’s bassist, Roger Waters. Part II is a protest song against rigid schooling in general and boarding schools in the UK in particular. It was also released as a single and provided the band’s only number-one hit in the United Kingdom, the United States, West Germany and many other countries. 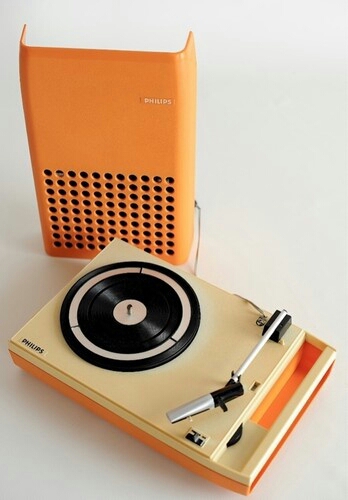 So had one of these lovely phones on our kitchen wall,  matched the awful orange floral wallpaper.  Yikes what a nasty kitchen that was thinking back about it now 🙂

Afraid I had a monchichi as well, I was just 5 years old in my defence 🙂

“You’re the One That I Want” is a song written by John Farrar for the 1978 film version of the musical Grease. It was performed by John Travolta and Olivia Newton-John.

It is one of the best-selling singles of all time, having sold over 6 million copies between the United States, the United Kingdom, Germany and France alone

Cool cats or what?

“Mull of Kintyre” is a song written by Paul McCartney and Denny Laine and performed by Wings. The song was written in tribute to the picturesque Kintyre peninsula in Scotland, where McCartney has owned High Park Farm since 1966, and its headland, the Mull of Kintyre.

The song was Wings’ biggest hit in the United Kingdom where it became the 1977 Christmas number one, and was the first single to sell over two million copies in the UK

“Bohemian Rhapsody” is a song by the British rock band Queen. It was written by Freddie Mercury for the band’s 1975 album A Night at the Opera.

The song has no chorus, instead consisting of several sections: a ballad segment ending with a guitar solo, an operatic passage, and a hard rock section. At the time, it was the most expensive single ever made and it remains one of the most elaborate recordings in popular music history.

It’s one of those songs which has such a fantasy feel about it. I think people should just listen to it, think about it, and then make up their own minds as to what it says to them… “Bohemian Rhapsody” didn’t just come out of thin air. I did a bit of research although it was tongue-in-cheek and mock opera. Why not?
-Freddie Mercury

She is mostly from the swinging sixties but think I have to add her to the 70s as well. Twiggy is best remembered as one of the first international supermodels and a fashion icon of the 1960s. 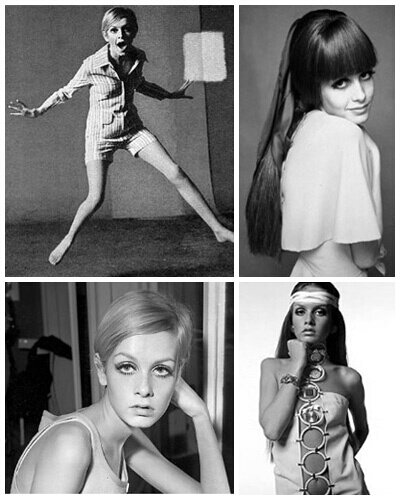 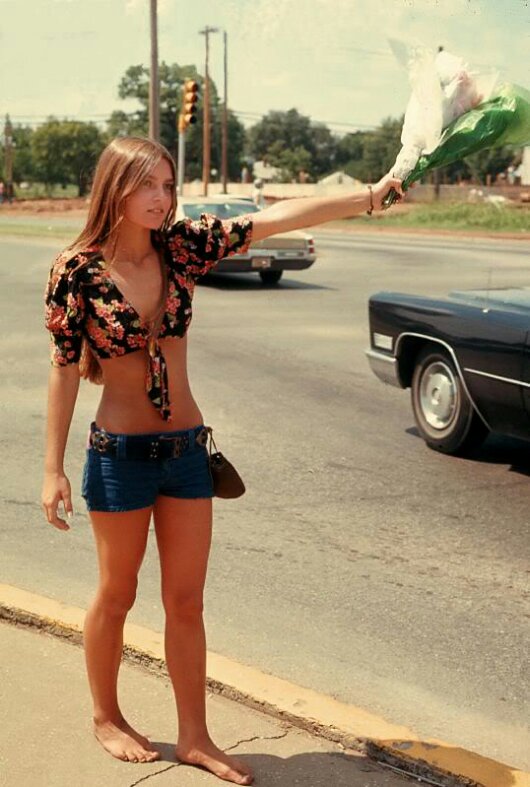 Posted in Pinup, The 70s

Cheryl Tiegs (born September 25, 1947) is an American model, actress, designer, author, and entrepreneur. Frequently described as the first American supermodel, Tiegs is best known for her multiple appearances on the covers of the Sports Illustrated Swimsuit Issue and TIME and her 1978 “Pink Bikini” poster, which became an iconic image of 1970s pop culture. 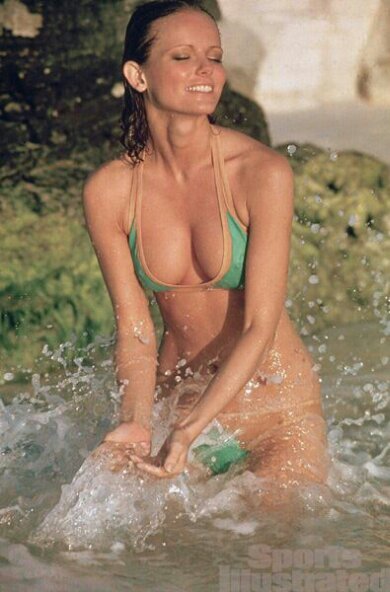 END_OF_DOCUMENT_TOKEN_TO_BE_REPLACED

“Kung Fu Fighting” is a disco song written and performed by Carl Douglas and composed and produced by Biddu. It was released as a single in 1974, on the cusp of a chopsockyfilmcraze, and eventually rose to the top of the British and American charts, in addition to reaching number one on the Soul Singles chart. It received a Gold certification from the RIAA in 1974,  won the 1974 Grammy Award for Best Selling Single, and popularized disco music.  It eventually went on to sell eleven million records worldwide, making it one of the best-selling singles of all time.

The song uses the quintessential Oriental riff, a short musical phrase that is used to signify Chinese culture.

The song was originally meant as a B-side, After having spent over two hours recording the A-side and then taking a break, “Kung Fu Fighting” was recorded quickly in the last ten minutes of studio time,  in only two takes, due to a three-hour time constraint for the entire session. According to Biddu, “Kung Fu Fighting was the B-side so I went over the top on the ‘huhs’ and the ‘hahs’ and the chopping sounds. It was a B-side: who was going to listen?” 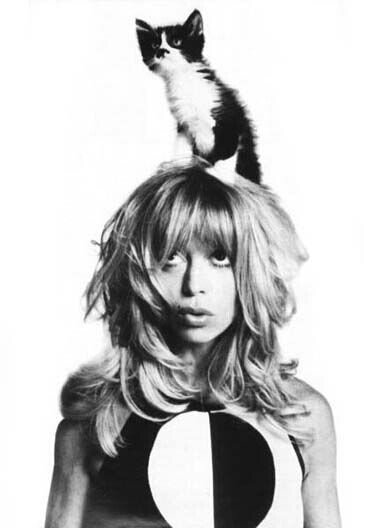 Just love her and she was so profilic in the 70s with a lot of movies under her belt.

END_OF_DOCUMENT_TOKEN_TO_BE_REPLACED

“The Ballroom Blitz” (on some releases “Ballroom Blitz”) is a song written by Nicky Chinn and Mike Chapman and originally recorded by the British rock band Sweet (then known as The Sweet).

This song was inspired by an incident in 1973 when the band was performing at the Grand Hall in Kilmarnock, Scotland and were driven offstage by a barrage of bottles.

Jean Rosemary Shrimpton (born 6 November 1942) is an English model and actress. She was an icon of Swinging London and is considered to be one of the world’s first supermodels. 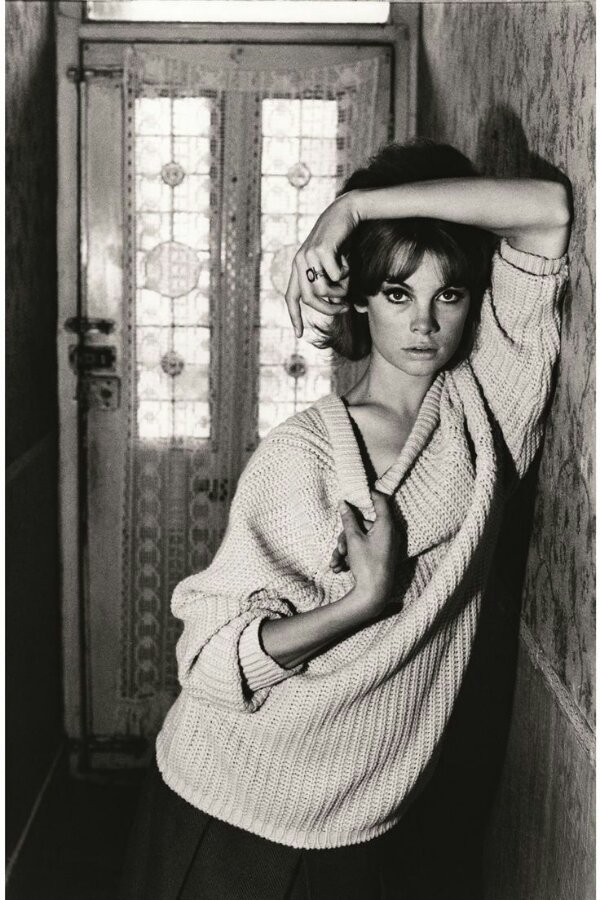 END_OF_DOCUMENT_TOKEN_TO_BE_REPLACED

“School’s Out”, also known as “School’s Out for Summer” is a 1972 title track single released on Alice Cooper’s fifth album.

Cooper has said he was inspired to write the song when answering the question, “What’s the greatest three minutes of your life?”. Cooper said: “There’s two times during the year. One is Christmas morning, when you’re just getting ready to open the presents. The greed factor is right there. The next one is the last three minutes of the last day of school when you’re sitting there and it’s like a slow fuse burning. I said, ‘If we can catch that three minutes in a song, it’s going to be so big.'”

Cooper performs the song as the closing act of his episode of The Muppet Show where he dances with various large Muppet monsters who gleefully act out his lyrics, including causing numerous explosions.

“Imagine” is a song written and performed by the English musician John Lennon. The best-selling single of his solo career, its lyrics encourage the listener to imagine a world at peace without the barriers of borders or the divisiveness of religions and nationalities, and to consider the possibility that the focus of humanity should be living a life unattached to material possessions.

Lennon and Yoko Ono co-produced the song and album of the same name with Phil Spector. Recording began at Lennon’s home studio at Tittenhurst Park, England, in May 1971, with final overdubs taking place at the Record Plant, in New York City, during July. One month after the September release of the LP, Lennon released “Imagine” as a single in the United States; the song peaked at number three on the Billboard Hot 100 and the LP reached number one on the UK chart in November, later becoming the most commercially successful and critically acclaimed album of Lennon’s solo career. Although not originally released as a single in the United Kingdom, it was released in 1975 to promote a compilation LP and it reached number six in the chart that year. The song has since sold more than 1.6 million copies in the UK; it reached number one following Lennon’s death in December 1980.

BMI named “Imagine” one of the 100 most-performed songs of the 20th century. The song ranked number 30 on the Recording Industry Association of America’s list of the 365 Songs of the Century bearing the most historical significance. It earned a Grammy Hall of Fame Award and an induction into the Rock and Roll Hall of Fame’s 500 Songs that Shaped Rock and Roll. A UK survey conducted by the Guinness World Records British Hit Singles Book named it the second best single of all time, and Rolling Stone ranked it number 3 in their list of “The 500 Greatest Songs of All Time”.

“Bridge over Troubled Water” is the title song of Simon & Garfunkel’s album of the same name. The single was released on January 26, 1970, though it also appears on the live album Live 1969, released in 2008. It reached number one on the Billboard Hot 100 chart on February 28, 1970, and stayed at the top of the chart for six weeks. “Bridge over Troubled Water” also topped the adult contemporary chart in the U.S. for six weeks. The single has sold 6 million copies worldwide.

This song’s recording process exposed many of the underlying tensions that eventually led to the breakup of the duo after the album’s completion. Most notably, Paul Simon has repeatedly expressed regret over his insistence that Art Garfunkel sing his song as a solo, as it focused attention on Garfunkel and relegated Simon to a secondary position. Art Garfunkel initially did not want to sing lead vocal, feeling it was not right for him. “He felt I should have done it,” Paul Simon revealed to Rolling Stone in 1972.

Garfunkel said that the moment when he performed it at a 1972 Madison Square Garden benefit concert, as part of a one-off reunion with Simon, was “almost biblical.”

Let’s go 70s retro for 10 days beginning the 1st of February. Each day is a new year. Let’s see how much you can remember. 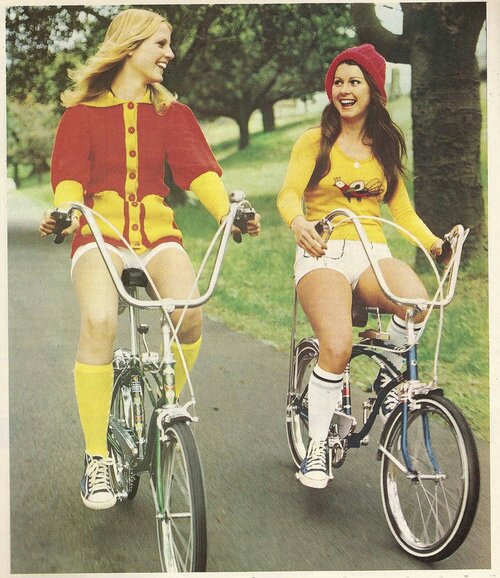