Rule by cleavage by Irv O’Neil

A long overdue book review, this is truly a story of dominance. Irv nails it, honestly we guys are sucker for boobs. Of course we are looking at your eyes but still our line of view is always going to head down. Always… 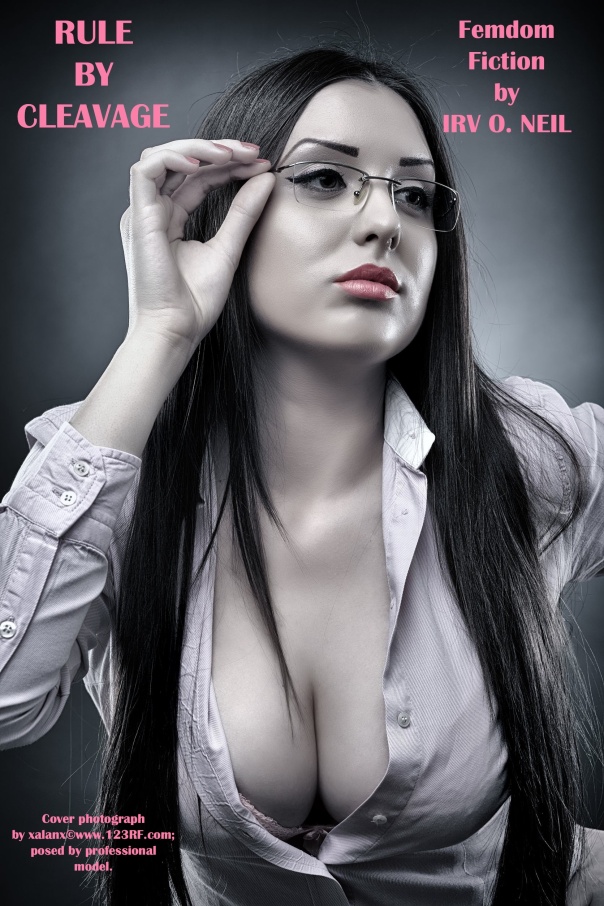 The following story tells of one young woman, Yolanda, who uses the power of her 36D cleavage to transform, enslave, and mold a susceptible male named Jarvis into her drooling subservient puppet…truly a boob for her boobies.

And it’s true, the poor hero or rather weak minded hero is truly put to the test in this story when he meets our seductress with a glorious cleavage.

While sucking tits was always great, fucking them was not his favorite; he always felt too dominant when he was doing it. He liked a lady to be in control. On the other hand, being teased by cleavage was something that really made him nuts. No doubt, he was a ‘boob for boobies’ in the most immature manner. Yes, they were even better when he couldn’t see everything. It was the cleavage, the deep line between the sweet fullness of a woman’s globes, that excited him most. Nipples were wonderful, but they could be scary too, all those little whorls and crinkles and…no, he thought, finishing his beer and watching her pour him another, being teased but denied and made to stroke and squirt later like a silly boobie boob was really what he wanted… “I just want to be teased by your cleavage,” he said, lowering his face in shame, needing to drink more beer to hide the fact (from himself? or from her?) that he was incredibly excited from the thrill of humiliating himself with such an admission. “I thought so,” said Yolanda, smiling and finishing her sandwich. “Now polish off your burger and the beer, pay the check, and we’ll go to the ATM.” “But—” “A hundred dollars is a small price to pay for the pleasure of my company, don’t you think?”

This is truly the beginning for our hero, he was definitely doomed.
At the end I truly felt so sorry for this sap but I truly enjoyed this novel. Domination at its best.

You can find the author on his blog here and his books are on Amazon so enjoy like I did.