By the way… Rincewind…

I know its hard sometimes to tell from a blog if the person is female or male. But just a quick reminder for new people to the blog, I’m a guy. The avatar I’m using is a partial from a dear friend of mine. Darn sexy picture and way better than using my own mugshot 🙂 One of these days I’m hoping that she will let me use the entire photo (hot diggity it’s a sexy one). Don’t mind when people ask me for sexy photos of myself but considering they believe me to be a girl they are in for a nasty surprise 😀

If anyone wants to know more about me, read the about me page. 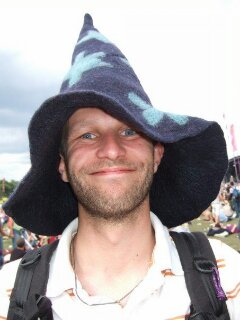 Picture 1: My wizard days at Lovebox festival
Picture 2: Trying hard to get a tan in Portugal

Thanks to Summertime for letting me know about these new stamps being issued by the Royal Mail UK. "Magical Realms" stamps featuring characters from fantasy stories, including Harry Potter. Other stories featured include the legend of King Arthur, the Chronicles of Narnia, and Sir Terry Pratchett’s Discworld.
See the similiarites below between me and my alter ego 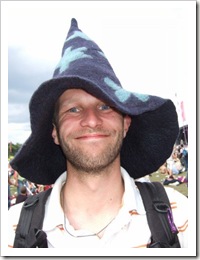 and for those who didn’t know where the name Rincewind comes from, it’s from a brilliant series called ‘The Discworld’ by Terry Pratchett. Love the coward wizard who  runs away from danger but always ends up being the involuntary hero of the story. 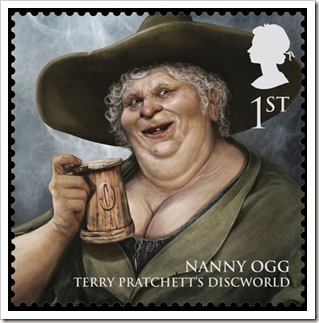 Hmm… wasn’t sure if I was going to put this blog post under mixed stuff or Sexy pictures just because of my hot sexy face there. LOL!