Jesus H Christ, how bloody stupid can one man be… Love this blog True Crime Report.

Hubert Blackman is a New York college student majoring in Dumbassery with plans to pursue a doctorate in Professional Victimhood. Last month, he took a trip to Vegas, where he decided to test out that tedious “what happens in Vegas stays in Vegas” motto…

So he ordered up a woman from Las Vegas Exclusive Personals. She arrived at is room at the Stratosphere Hotel, stripped and performed a lap dance for dear Hubert. Then they agreed he’d pay an extra $120 for an undisclosed sex act, which we presume was a blow job.

A fun time was had by all.

But the next morning Hubert woke up with buyer’s remorse. He’d burned through $275 on the vixen, which one would assume is a princely sum for a college student. And she had only stayed a half-hour, not the complete hour Hubert says he was promised by Las Vegas Exclusive Personals.

So he called the company and asked for a refund. The company refused, contending that its workers were all subcontractors — which is business-speak for “we not paying you shit for benefits” — and that Hubert got exactly what he paid for.

Then he called the Vegas PD, apparently claiming he’d been defrauded. This was not a wise thing to do, seeing as how prostitution is illegal in Vegas. If the cops were to pursue the hooker, they’d have to pursue Hubert as well. And seeing as how they had better things to do, they told Hubert to call the Better Business Bureau.

But Hubert was still pissed when he got back to New York. Instead of just being the dope who paid $275 for a half-hour hooker, he thought it would be a much better idea to open himself to national ridicule. So he sued Exclusive Personals, asking for $1.8 million, claiming he’s contracted a mental condition born from the tragic incident. 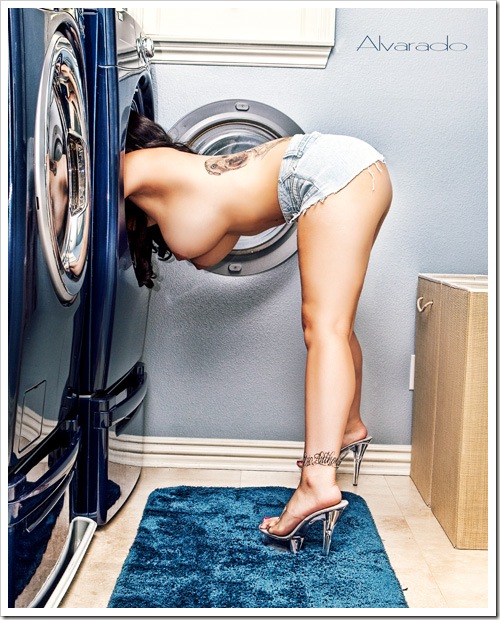 Why isn’t my washer machine equipped with this extra?

My god, this photographer Celeste Giuliano is just so amazing that it gets my brain frying. If ever I go to Philadelphia, I am so going over to their studio just to give them a big hug for all the great photos they have done. This one is the number 2 winner in a radioshow in Philly, just waiting to see no 1’s pictures. Do check out the video at the end for a behind-the-scenes look.

And the website for this photostudio, http://www.celestegiuliano.com/
do check them out, just amazing shots and most of the girls are amateurs just wanting to enjoy themselves by feeling sexy.

[tweetmeme source="erotixx" only_single=false]Beautiful subject who is playing the epitome of youthful rebellion. So so so naughty…